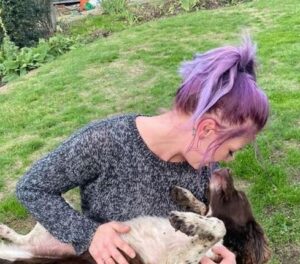 A troubled woman who thought she buried her much-loved family dog after being told it had been flattened by a car was shocked to see the animal return home five days later.

Codie Hutton, 26, saw her springer spaniel Maisie run off in a panic after a firework exploded nearby.

She spent days searching for the dog before she received a dreaded call saying a flattened corpse had been found.

She buried the body alongside a picture of Maisie with her young son Taylen and began to come to terms with the tragic loss. 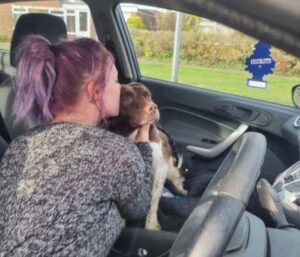 It turned out Codie had unsuspectingly buried what was likely to have been a fox, and Maisie had survived with no serious injuries.

She said: “We were convinced from the tail and markings on the legs that it was her.

“A microchip couldn’t be found, but we accepted and made peace with her death. I told Taylen she was a star in doggy heaven now. It was devastating.”

The dog was clearly tired and hungry but only suffered a mild eye infection during the trip, that saw her cover 17 miles throughout Melton, Bredfield, Helmingham, and Wickham Market in Suffolk, England.

Saxon is a prolific writer with passion for the unusual. I believe the bizarre world is always exciting so keeping you up to date with such stories is my pleasure
Previous Upstate NY police kills woman, wounds another before taking her own life
Next Husband catches pregnant wife in bed with Pastor while surrounded by fetish items (Video) 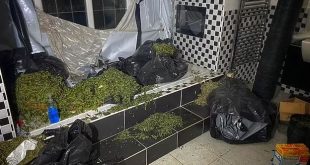