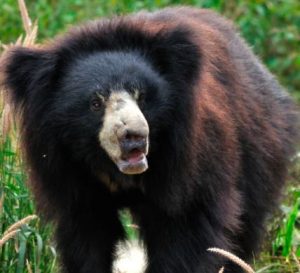 A couple has been mauled to death and their bodies were devoured by a sloth bear in a savage forest killing.

The attack happened when Mukesh Rai and his wife Gudiya were walking home through a wooded area in Panna, India. The couple spotted the beast along the way.

Mukesh, 43, and Gudiya, 39, reportedly attempted to confront the bear before the brutal attack at around 6.30am on Sunday, June 5.

After killing the couple the bear is understood to have dragged their bodies towards a river before feasting on them for more than four hours.

Cops then arrived on the scene and it took officials a further two hours to tranquilise and capture the beast.

The bear has been transported to a zoo and the couple’s dependents have been given financial assistance of 400,000 Rupee.

Divisional Forest Officer Gaurav Sharma told DNA India: “The animal will not be released in the forest and we plan to send it to some zoo in another city.”

Saxon is a prolific writer with passion for the unusual. I believe the bizarre world is always exciting so keeping you up to date with such stories is my pleasure
Previous Child of newlyweds who were murdered in the woods is finally found after 40 years
Next Hong Kong woman arrested after she was filmed having sex on balcony