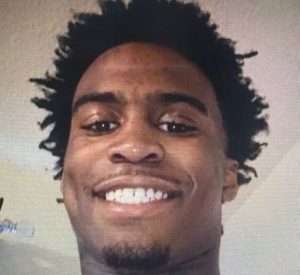 A 19-year-old man went on a killing spree and he live-streamed them on Facebook Live.

Police in the US issued an urgent warning to the public to avoid an “armed and dangerous” gunman overnight before officers arrested the suspect, named as Ezekiel Kelly, who is reported to have carried out multiple shootings on Wednesday night, September 7, in Memphis, Tennessee.

Warnings from police to people in the area simply read: “If you do not need to be out, please stay home!

A statement from Memphis Police Department on Twitter said they had received a number of calls on Wednesday evening, September 7, regarding a young black male suspect driving a blue or silver sedan. 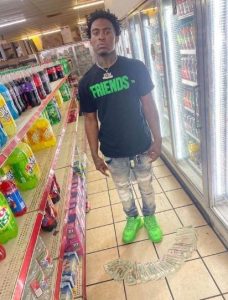 Police did not say how many shootings there were or where they took place, but the gunman reportedly claimed responsibility for five in one of the videos.

At least two shootings were reported as of 7 p.m. local time, Fox 13 reported. One occurred at a BP gas station, and a woman was injured during another.

One clip captured from a Facebook Live stream shows the suspect speaking into his phone’s front-facing camera while driving, with him occasionally cocking his gun and firing bullets out of the window.

In a second video, the man can be seen getting out of a car and walking into a store before pulling out a gun and firing it at a man inside the shop twice. 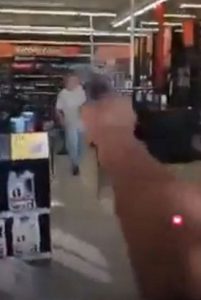 Before walking through the front door of the store, he says to the camera, “no faking, this sh** for real.”

In another video, the gunman can be heard saying: “I want justice,” as he waves the gun.

On the suspect’s Facebook page, one post from August 18 reads: “I swear wont GO witout a fight I promise.”

In his Facebook stories in the hours leading up to the shootings, he reposted a string of prior posts, including one from 2019 that read: “My home boys turning into bit***es, my home girls should carry my casket.”

Another repost, from January 2020, read: “I might pray and go commit a sin and then go pray again!!”

He has now been arrested.

Saxon is a prolific writer with passion for the unusual. I believe the bizarre world is always exciting so keeping you up to date with such stories is my pleasure
Previous Weird: Some Women Now Wear Remote Controlled Vibrating Panties
Next Monkey seizes woman’s phone and destroys it in Burundi zoo (video)