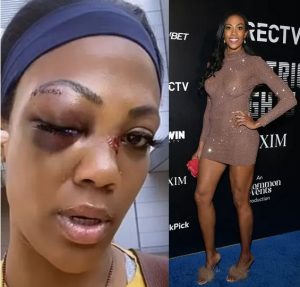 American volleyball star Kim Glass, who won a silver medal at the 2008 Beijing Olympics, says she was attacked by a homeless man in Los Angeles this weekend and she nearly lost her eye in the incident.

The 37-year-old said it happened on Saturday, July 9, when she was leaving lunch with a friend at a restaurant in Downtown Los Angeles.

In a series of videos posted to her social media page, Glass said after she had exited the eatery, she noticed a man in the street with something in his hand. 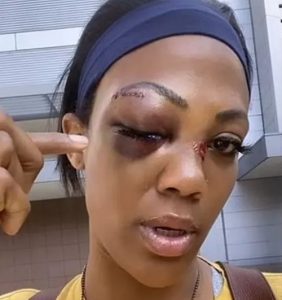 She added: “He just like looked at me with some pretty hateful eyes. And, as I turned to go tell my friend, ‘I think something’s, like, wrong with him and I think he’s going to hit a car,’ before I knew it, a big metal bolt, like pipe, hit me right here.”

“It happened so fast,” she explained.

She said the man threw the object at her from several feet away … and it slammed right into her eye socket and the bridge of her nose, causing serious damage.

In videos taken a day after the attack, her eye was nearly swollen shut, and her face was still bloodied.

She said in the clips she was diagnosed with multiple facial fractures and needed stitches to close wounds.

She added she was grateful for all the support she’s received from friends and family since the incident, and happy things didn’t turn out worse. 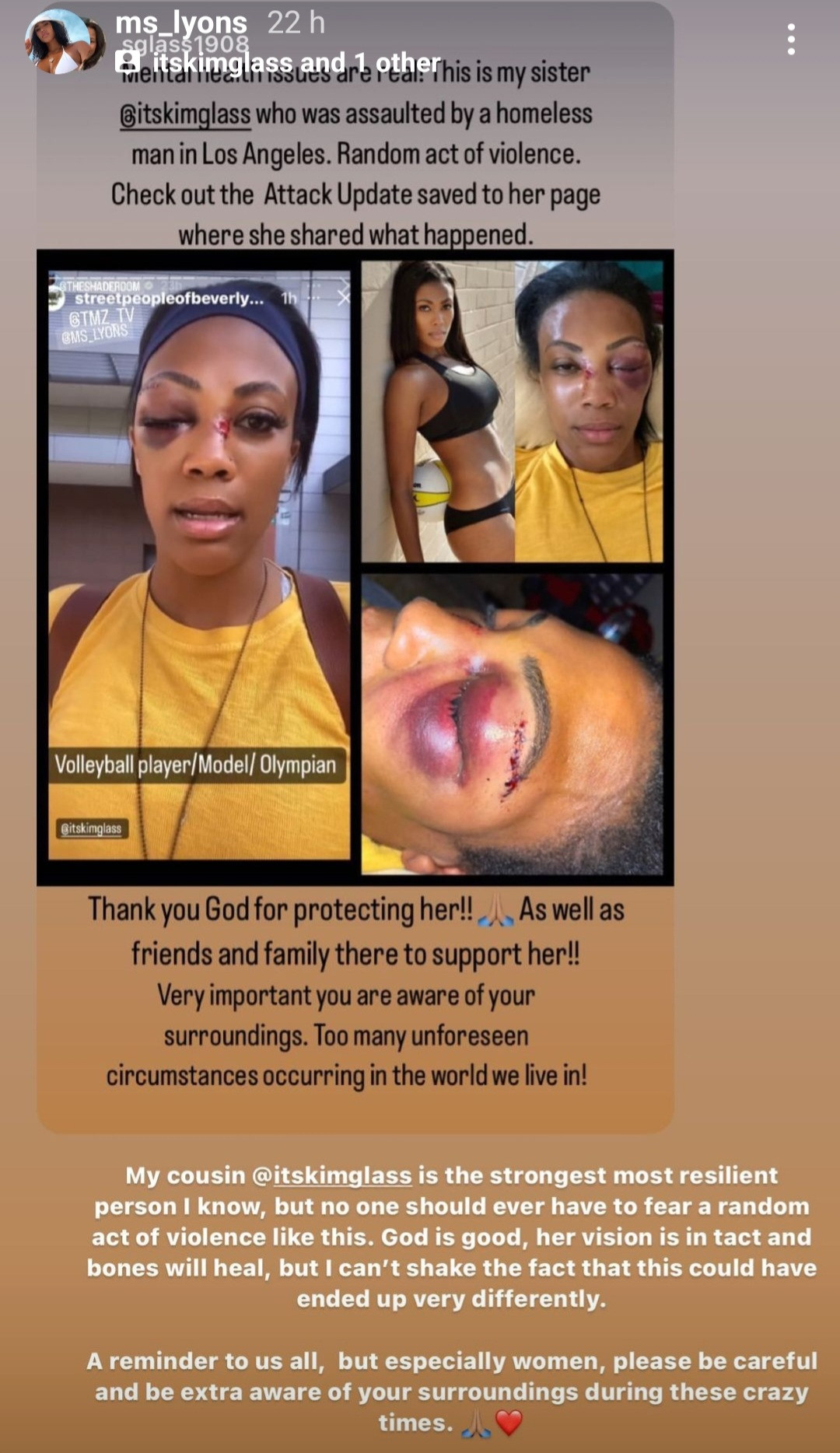 She said in the video: “Just be safe out there. There’s a lot of mentally ill people on these streets right now and you shouldn’t have to be fearful when you walk but it’s true. And, so, you guys just be safe.”

She said bystanders held her attacker down until police arrived.

Saxon is a prolific writer with passion for the unusual. I believe the bizarre world is always exciting so keeping you up to date with such stories is my pleasure
Previous 10 Nigerian nationals including 5 women for allegedly possessing cannabis and liquor
Next Nicki Minaj pushes a fan trying to take a selfie with her at her UK meet and greet (video)