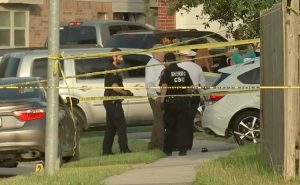 A man has been shot and killed after he confronted a couple who took his wife out for drinks all through the night and dropped her off the next morning.

The shooting took place before 3 a.m. Wednesday, June 15, at a home in the 24700 block of Oconee in the Princeton Place subdivision, in Tomball, Texas.

According to Harris County sheriff’s deputies, the victim’s wife was out drinking with another husband and wife who live nearby.

Deputies said the two couples knew each other and were friends.

After the woman was dropped off early Wednesday morning, her husband – the victim – came outside and got into an argument with the other man, who investigators say is the shooter.

The other man who obviously did not like the altercation then returned home to drop off his own wife and he returned to the other couple’s house with a gun. 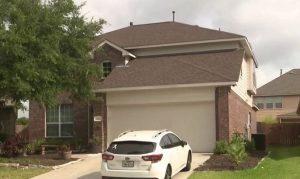 Reports say things reportedly got pretty heated, and the suspect pulled out the pistol and fired two rounds, hitting the 41-year-old victim. He was pronounced dead at the scene.

“This husband is upset. He confronts the man for taking his wife out drinking. And then, that’s when the shooting occurred,” Sgt. Ben Beall said.

After the shooting, deputies said the suspect drove back to his home.

However, the gunman reportedly later returned to the scene, where Harris County Precinct 4 deputies found him when they arrived. He surrendered himself to deputies and was arrested.

The victim’s wife was so distraught that she had to be transported to the hospital, according to deputies.

Vanko is a cheerful writer whose enthusiasm for unusual stories is inspiring.
Previous Kim Kardashian’s boyfriend Pete Davidson jokes about her vagina
Next Viral video: Gorilla Chases Wandering Stray Dog That Entered Enclosure At US Zoo