Woman, 22, held captive for months by roommate who raped, tortured and cut her tongue out 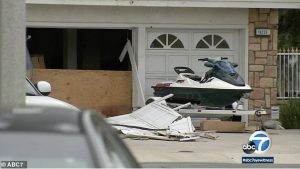 A 59-year-old man from California, US has pleaded not guilty to the kidnapping, torture and rape of his female roommate who claims she was able to flee after being held captive for 6 months.

The man identified as Peter Anthony McGuire has been charged with kidnapping, torture, mayhem, rape, false imprisonment, sodomy, forcible oral copulation and assault with a deadly weapon, according to the San Bernardino County District Attorney’s Office.

The alleged 22-year-old victim, who has not been publicly identified, allegedly escaped  the suspect’s home Thursday night, June 9 and was found in a Park by bystanders who called the police, according to officials.

“Very soon after moving into the house she was not allowed to leave, she was held there against her will by him and at that point was subjected to multiple assaults,” Police officials said in a statement.

According to a criminal complaint, McGuire “subjected” her to multiple assaults, including cutting out her tongue, putting out an eye and slitting her nose, ear and lip.

“The victim had visible injuries consistent with the allegations made,” the San Bernardino County Sheriff’s Department said in a statement.

She was taken to a local hospital and is now in stable condition, said the San Bernadino District Attorney’s Office.

McGuire had already fled his home by the time police arrived, but investigators tracked him down in Orange County and took him into custody on Saturday, June 11 after a standoff between him and police.

He pleaded not guilty in court Monday and is being held at the West Valley Detention Center without bail.