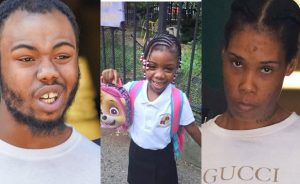 A mum Navasia Jones, 36, and her 17-year-old son Paul Fine, Jr., of Brooklyn, New York have been arrested for the torture, sexual assault and murder of Julissia Batties, 7.

Yolanda Davis, the young girl’s grandmother had been fighting with a court-appointed attorney against returning the girl to her mother but in June 2021, the city Administration for Children’s Services returned Julissia to live with her mother.

This would be without supervision, for the first time, and Julissia was killed less than two months later. 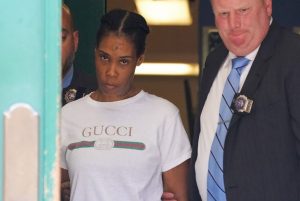 According to a  NYPD spokesperson, before her death, the helpless little girl cried and pleaded with her grandmother not to send her to her mother’s house for her court-ordered weekend visit, The New York Post reported.

On Wednesday, June 29, Jones and Fine, Jr., were taken into custody at approximately 9:30am by officers from New York City’s 40th Precinct.

The heinous crime took place on August 10, 2021, when police responded to a 911 call of an unconscious female around 8:06am at a Brooklyn apartment. 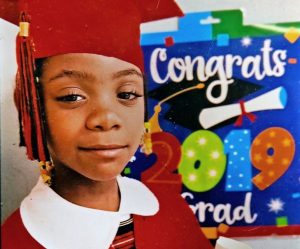 Upon arrival, responding officers encountered EMS, who had attempted life saving care to the youngster.

Julissia’s mother told the police her daughter had fallen and hit her head on a desk around 5am, and three hours later began vomiting.

However, police saw bruising and trauma all over little Julissia’s body, officials said.

She was transported to NYC Health and Hospital in Lincoln where she died shortly after. 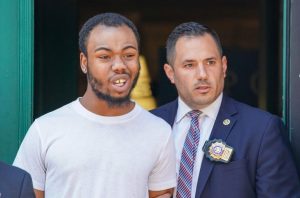 Julissia died of ‘blunt force abdominal trauma,’ and the case was ruled a homicide, according to the city’s medical examiner’s office,.

During the investigation, Julissia’s half- brother admitted to assaulting his baby sister before she was found dead in the Bronx apartment, police sources said on Wednesday.

The half brother had also confessed to punching his sister eight times in the face when their mother went to the store, police sources said. 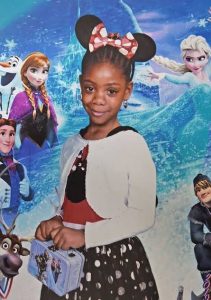 A day after Julissia Batties died, a makeshift memorial for the girl was placed in the lobby of the Bronx apartment building where she lived

Yolanda Davis, Julissia’s grandmother, who had taken care of her granddaughter, said;

‘I’m just so happy I’m getting justice for my granddaughter,’

Julissia’s dad Julius Batties was elated by their arrest and expressed gratitude towards the DA and the detective.

Batties said, in part: ‘I can finally start the process of healing,’ he said, The Post reported.

Saxon is a prolific writer with passion for the unusual. I believe the bizarre world is always exciting so keeping you up to date with such stories is my pleasure
Previous Police storm TV station, arrest retired police officer for impersonation
Next Indian Dad arrested for throwing acid on his estranged wife after suspecting her of having affair with another man