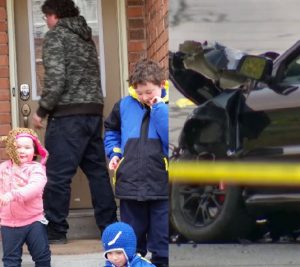 An upset man in Toronto has taken his life after the billionaire drunk driver who killed his three children and his father-in-law was freed from jail after serving less than half of his jail sentence.

Edward Lake and his wife Jennifer’s life changed in September 2015 when their three children, Daniel, 9, Harry, 5 and Milly, 2, were killed by drunk driver Marco Muzzo (who was 28 at the time).

Jennifer’s father was also killed in the car crash near Toronto, Canada. 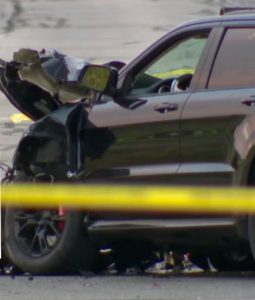 The three kids were in a car alongside their maternal grandparents Gary Neville and Neriza Neville, as well as their great-grandmother, Josefina Frias.

The vehicle was struck by a young billionaire drunk driver who ran through a stop sign going over 50 miles per hour.

Marco Muzzo, just 28 years old at the time, had just returned via private jet from his bachelor party in Miami when he rammed into the family’s minivan.

He later said he had three-to-four drinks on the plane, but his blood-alcohol level was nearly three times over the legal limit.

Muzzo had a previous conviction for public intoxication and speeding prior to the 2015 crash.

Daniel, 9, died at the scene while Harry and Milly were transported to a local hospital and declared brain dead shortly after.  65-year-old Gary, who was driving, also passed away, reports Daily Mail.

After the multiple tragedies, Edward told the press: “We close our eyes and they’re all we see. This is a nightmare that will never go away.” 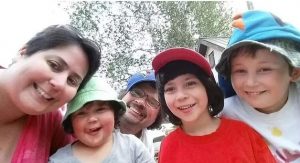 But on Saturday, June 18, he was released from jail early after serving just four years behind bars.

In May 2020, the convict was granted day release, which was extended in November 2020 by the parole board which had plans to discuss the possibility of full parole.

In Canada, inmates are required to complete six months of day parole before they are eligible for full parole. 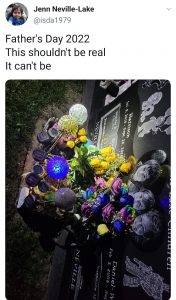 By February 2021, Muzzo, the heir to a billion-dollar family construction business, was granted full parole.

On Monday, June 20, one day after Father’s Day, Edward Lake was found dead by Peel Regional Police in Brampton, a city in Ontario, Canada, according to the Toronto Sun.

His wife Jennifer confirmed his death in an emotional social media post featuring a photo of the father and his kids.

Jennifer wrote: “The eyes he shared with Harry are forever closed. Daniel’s curls will never shine in the sunlight again. I will never see Milly’s shy smile creep across his lips anymore. My children’s father, Edward Lake, has joined our kids so they can play together, forever. Mahal kita, Edward.”

Jennifer had spent the day before her husband’s death mourning her children. 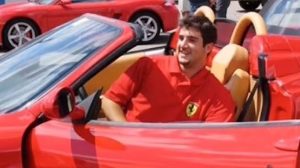 She snapped a photo of their tombstone and wrote on Sunday: “Father’s day 2022. This shouldn’t be real. It can’t be.”

Both Jenn and Edward were open about experiencing suicidal thoughts and struggling with their mental health following the losses of their children.

Jennifer said in 2016 during Marco’s sentencing hearing: “I don’t have anyone left to call me mom. You killed all my babies. I miss my kids. I miss my dad. I want my old life back.”

Edward also said at the time: “I feel lost. I feel destroyed. That’s what I feel. Because of you, we now live with this horror the rest of our lives.”

Jennifer also revealed that she had attempted suicide just around the time her children were taken off life support. She also suffered a miscarriage at that time.

It reads: “A broken hearted mother and daughter whose children and dad were killed by drunk driver Marco Michael Muzzo on a Sunday afternoon in Sept 2015.”

Saxon is a prolific writer with passion for the unusual. I believe the bizarre world is always exciting so keeping you up to date with such stories is my pleasure
Previous Shocker! Father allegedly beheads his one-year-and-eight-month old son for ritual purposes
Next My jealous husband removed my eye and cut off my fingers – Woman narrates (video)