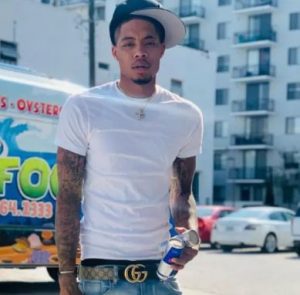 A rapper living in Tampa, Florida, Rollie Bands, was shot and killed outside his home shortly after daring his critics on Instagram to confront him physically at his house.

Rollie had posted on his Instagram Story: “A lot of these ni**as know where I live at fr. I sleep in peace. If a ni**a want smoke I’m at my crib in 5 mins.”

Just five minutes after his post, at around 3:30 p.m. on Friday, July 22, the rapper was shot once in the parking lot of his apartment complex.

He was rushed to an area hospital, but couldn’t be saved.

The suspects fled the scene in a vehicle. They remain at large.

“At this time, the shooting does not appear random, as the suspects and victim are possibly known to each other,” the Hillsborough County Sheriff’s Office said in a report.

Saxon is a prolific writer with passion for the unusual. I believe the bizarre world is always exciting so keeping you up to date with such stories is my pleasure
Previous Man buried alive while digging pit latrine in school (photos)
Next Young boxer dies after being paired for a fight with a boxer above his weight by a coach (video)