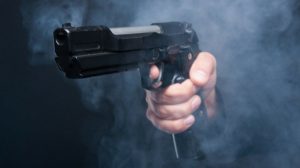 Dallas police are investigating the death of a 26-year-old man who investigators said was killed after shooting a woman in the neck, before the bullet exited and hit him in the leg, reports Fox5.

The shooting happened just after 11:30 a.m. on Saturday, in the 2200 block of Medical District.

Responding officers found a large amount of blood and a blood trail in front of an apartment, but didn’t find anyone inside the apartment.

A call then came in at a nearby hospital about a man and woman with gunshot wounds who were found in a vehicle. Police determined they were involved in the shooting at the apartment.

According to police, the preliminary investigation found that the man, Byron Redmon, shot the woman in the neck. The bullet then exited and hit Redmon in the leg.

Redmon later died from his injuries.

Police said their investigation into this shooting is ongoing.

Saxon is a prolific writer with passion for the unusual. I believe the bizarre world is always exciting so keeping you up to date with such stories is my pleasure
Previous Teen brutally beats NYPD officer in subway station (Video)
Next Jewish leaders dish out heavy criticism after Adolf Hitler’s watch sells for nearly £1,000,000 at US auction