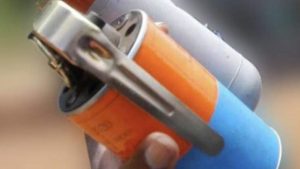 A student of St Charles Lwanga secondary school in Changamwe, Mombasa, Kenya has pleaded guilty to sneaking a tear gas canister into the school.

Appearing before Mombasa Principal Magistrate Vincent Adet, the minor told the court that he wished to change his plea, days after he had denied the charges before a different court.

The charge against him read;

On June 3, 2022, at St Charles Lwanga secondary school in Changamwe sub-county within Mombasa county, the accused had in his possession one teargas canister, suspected to have been unlawfully obtained from the National Police Service.

The student was also slapped with a second count of a reckless and negligent act causing harm contrary to section 243(c)of the penal code.

According to the prosecution, the suspect played with the canister in the school endangering the lives of other students.

Five Form Four students were said to have been injured after the tear gas canister exploded on them.

The police had earlier said the victims, including the suspect, suffered minor injuries. They were treated at a local hospital and later discharged. The accused person will be sentenced on Wednesday, June 29.

Saxon is a prolific writer with passion for the unusual. I believe the bizarre world is always exciting so keeping you up to date with such stories is my pleasure
Previous Woman fatally struck by train after falling onto New York City subway tracks
Next 87-year-old man buys a new coffin for his ‘future’ burial, says the two he bought earlier are now old-fashioned