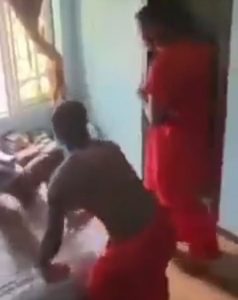 Reactions have trailed a video on social media showing a sex worker in apparent shock after her ‘client’ pulled a ritual prank on her.

In the video posted on Twitter on Monday, November 28,  the sex worker is seen making her way into a hotel room and undressing.

But to her surprise,  the supposed client suddenly enters the room dressed in a red garment and with his face painted white.

A supposedly dead human is also conveyed out of the hotel restroom, suggesting her client might be a ritual killer.

Seeing this, the sex worker sprung up from her bed in shock and made for the room’s exit but she was stopped by the guys.

As this happens, the lady passes out .

In the footage, the men are seen attempting to wake her while screaming into her ears that it was a prank.

In another video, a sex worker screams upon seeing the traditionally clothed men.

She threatens to stab the men and hits one with a bottle as he screams that it was a prank.

The video has generated mixed reactions on social media..

“People are crossing it these days. You filmed someone without their consent and get them traumatised then say it’s a prank.” 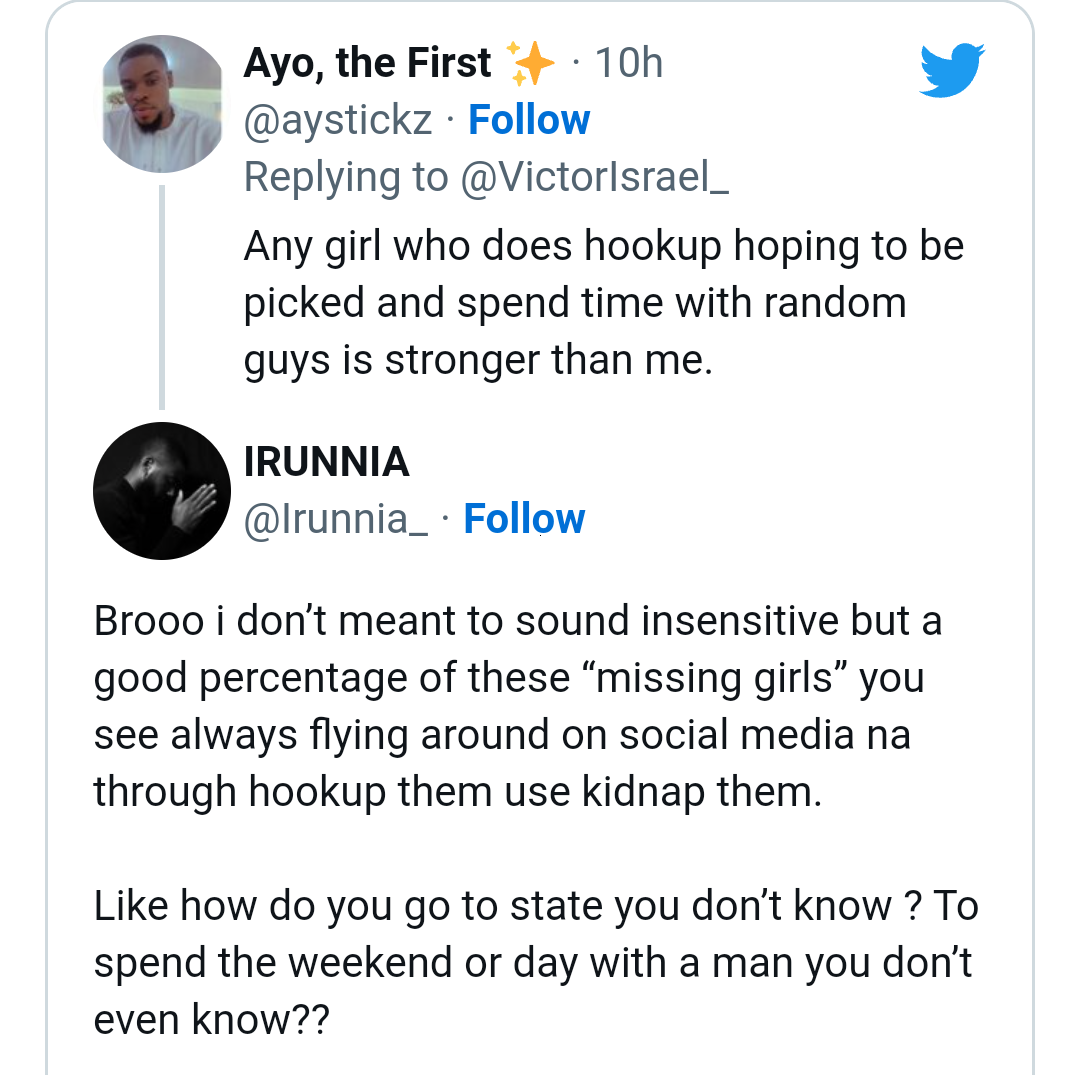 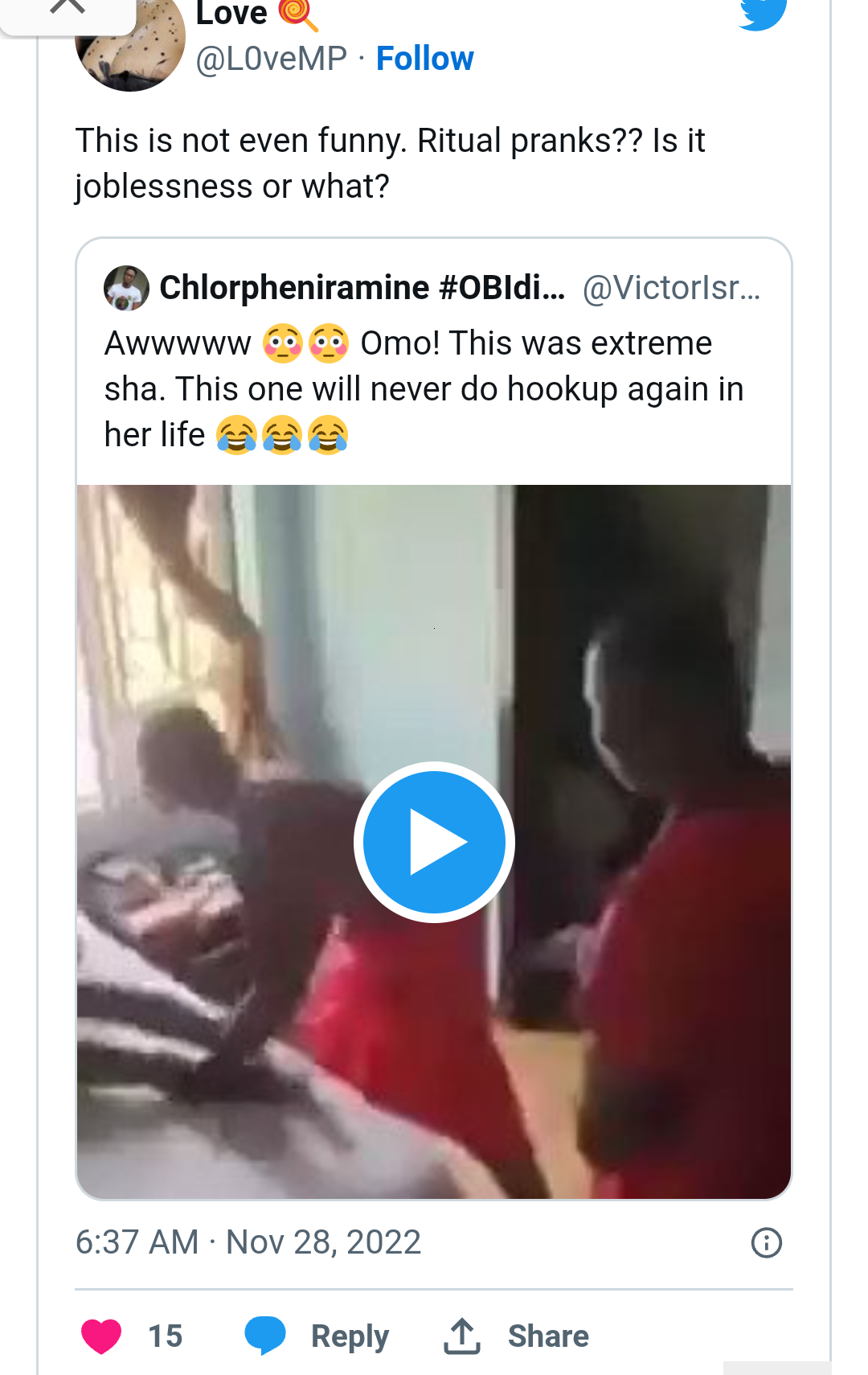 “See those boys that play that Ritual prank on the lady should be arrested. It’s very stupid and life threatening considering the state of the country. Watching the video really got me angry,” a user wrote.

“There should be a limit to these pranks. There’s a thin line between criminality and cruise,” another Twitter user wrote.

Awwwww 😳😳 Omo! This was extreme sha. This one will never do hookup again in her life 😂😂😂 pic.twitter.com/q05M6b3l2o

The rate at which some people go to create content these days is insane. I think it’s high time the authorities start arresting people who make such content 😡

Content creation is not by force. If you no get talent rest. Go get a Job. pic.twitter.com/nNgyYzev0T

Saxon is a prolific writer with passion for the unusual. I believe the bizarre world is always exciting so keeping you up to date with such stories is my pleasure
Previous Oklahoma City police release dramatic bodycam footage of suspect ambushing officers
Next South Africa secondary school principal beaten by mob after being caught pants down with student (Video)