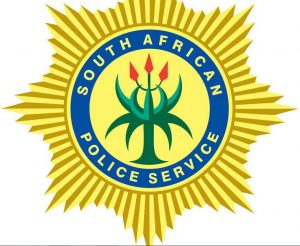 A woman has been arrested for allegedly selling her daughter and niece, both aged 14, to two men, aged 59 and 69, in KwaZulu-Natal, South Africa.

She allegedly sold the teens, who are from Lusikisiki Village in the Eastern Cape, to the men in Matsheketshe Village, Umkhomazi, outside Durban.

Authorities were made aware of the incident after residents saw the girls with the men.

“The girls were found to have been performing duties for these men, including washing, cooking and cleaning the houses,” he said.

“It is alleged that the girls were also sharing bedrooms with these men. Police arrested the mother [who sold the children to the men] and another 69-year-old man, while another man, aged 59, managed to escape,” Khoza said.

She added one of the children confirmed she was raped.

Both the mother and 69-year-old appeared in the Scottburgh Magistrate’s Court on Monday.

The case was postponed to Friday for the accused to make a formal bail application.

“This reflects how morals have undergone a radical decline to an extent that people could sell their children. We are baffled by this. We strongly believe that the rule of law, one of the basic tenets of our hard-fought democracy, must prevail.”

She said police should leave no stone unturned in dealing with the case.

“We want to see justice in this case of children abuse and justice must be delivered without fear, favour or prejudice. We commend the police and social workers for their swift reaction in apprehending two suspects in this case. However, we want to urge our law enforcement agencies to track down the suspect who escaped right under their noses,” she added.

Both teens were being sheltered in a youth and child care centre and are receiving psycho-social support.

Saxon is a prolific writer with passion for the unusual. I believe the bizarre world is always exciting so keeping you up to date with such stories is my pleasure
Previous Wife Catches And Beats Up Husband’s Side Chick In Public (Video)
Next Sierra Leone FA launch probe after two first division matches finish 95-0 and 91-1