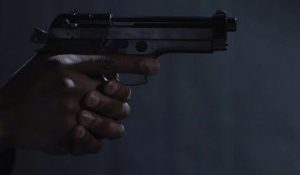 Tragedy struck in Mpongwe district, Zambia after a lodge owner in shot dead one of his workers after he allegedly mistook him for a criminal at night.

Kafue Lodge Director in Mpongwe, Graham Shaw was reportedly patrolling his farm at dusk when he saw Robert Longwani whom he allegedly could not identify as it was dark.

Copperbelt Commanding officer Sharon Zulu has confirmed the sad incident which happened on Monday at 22:35 hours.

According to Ms Zulu, Mr Shaw is said to have reported himself to police through a phone call after the incident.

Graham Shaw aged 60, the Director of Kafue Lodge in Mpongwe also a Zambian of Scottish origin reported through a phone call that he mistakenly shot dead one of his workers, Robbert Longwani aged 35 who stays at the same farm using a short gun after he mistakenly suspected him to be a criminal,” Ms Zulu said.

“Brief facts of the matter are that on 30/05/22 at around 22:35hrs, Mr Shaw was patrolling in his farm when he saw a man whom he suspected to be a criminal and he fired at him. When he went closer to the man he had shot, he discovered that it was one of his workers a herds man.”

(With reports from Face of Malawi)

Saxon is a prolific writer with passion for the unusual. I believe the bizarre world is always exciting so keeping you up to date with such stories is my pleasure
Previous Woman beats husband to a pulp for refusing to give her divorce
Next Queens HS Teacher Arrested for Allegedly Groping Student