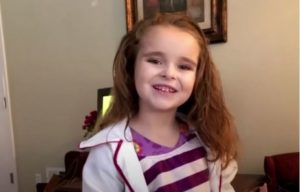 People had compassion over the struggles of Olivia Gant and they felt compelled to help the brave little girl overcome what they thought was a terminal illness. By the age of seven Olivia had faced years of medical issues requiring her to have countless tests, take strong drugs and even have life-changing operations. What people did not know was that she was being treated for an illness she never hard.

When her mum, Kelly Renee Turner, posted pictures of Olivia on social media, they often showed her in a hospital bed surrounded by her cuddly toys. Yet she still managed to give everyone a smile, despite having spent most of her childhood in hospital.

The sad story started back in 2012, when Turner took Olivia to a hospital where they lived in Colorado. She had recently moved from Texas with Olivia and her two sisters, but their dad had stayed there for work. At the time, Olivia was two and suffering from severe constipation. Doctors treated her by removing the hardened stool from her colon and she was sent home. 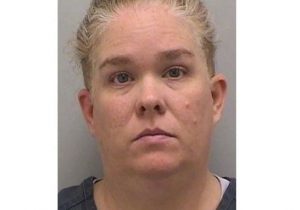 Then, Turner told doctors that Olivia was finding it difficult to eat and struggling to digest her food properly. Her observation triggered a course of medical care that would dominate Olivia’s life.

Over the next five years, Olivia made over 1,000 hospital visits and had several surgical procedures. This included her small intestine being rerouted through her large intestine, which took in food from a bag on her stomach.

Despite no doctor witnessing it, Turner insisted that her daughter was having seizures and Olivia was put on strong medication that put a strain on her little body.

Little Olivia Gant was just seven-years-old when she passed away after attending countless doctor’s appointments, enduring a number of major surgeries, and being treated with intense medications.

The horrific thing is – the young girl was being treated for an illness that she never had in the first place. 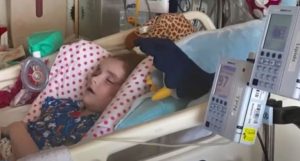 Olivia was two years old when her mother, Kelly Renne Turner, took her to be treated for constipation and developmental delays.

Doctors in Colorado swiftly treated the toddler for the condition and she was sent home in no time.

But not too long after that, Olivia’s mum brought her back for another doctor’s visit, claiming that she was struggling to digest her food. This was the beginning of what would add up to hundreds of hospital visits for the next five years.

Kelly Renee Turner brought her child in for a number of serious operations, and claimed that Olivia was suffering from seizures, putting her on incredibly strong medication.

Over the course of Olivia’s years of treatment, her mum blogged about the process online, gathering a crowd of dedicated followers and supporters who wanted to see the little girl get better. 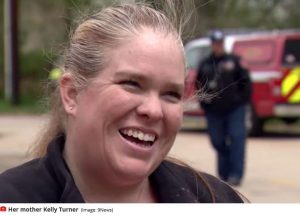 In 2014, a neurologist determined that the youngster wasn’t getting seizures like her mum had claimed, and recommended that she stopped taking medication for it. Despite this, she remained on the heavy drug treatment up until her death.

That same year, Olivia was brought into hospital for constipation for a third time, and eventually underwent an ileostomy – a procedure that creates a hole in the abdomen so waste can be drained directly from the small intestine.

After having the operation, doctors noted that Olivia’s constipation had improved, but her mum claimed that she was still not eating.

Throughout this gruelling, painful process, Olivia’s mum was documenting everything on social media, describing the devastating costs of Olivia’s procedures, and raising money from friends and strangers. Overall, Kelly Renee Turner raised $22,000 on GoFundMe, claiming the money would go towards her daughter’s treatments. 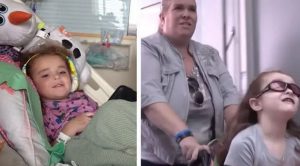 Eventually, Kelly informed her followers that her daughter had become terminally ill – a claim that there was no medical evidence of.

She spent the following months appealing to the public to help Olivia complete her bucket list of things she wanted to do before she died, including ‘catch a bad guy with the police’, and becoming a ‘Bat Princess’.

Kelly told her followers that doctor’s attempts to keep her daughter alive were ‘unfair’ because she had no quality of life, and called for Olivia’s feeding tubes to be removed. Doctors, who denied Kelly’s claims, refused to remove the tubes.

In 2017, Kelly requested a do not resuscitate order for her daughter, should her breathing stop due to the intense dosage of opioids she was receiving. Olivia’s care team also refused to sign this, so Kelly sought out another doctor who would.

Olivia was moved to a hospice for her final days, where she was treated with pain medication and popsicles before she eventually passed away in August.

Tests revealed that Olivia never suffered from intestinal failure, or any of the other illnesses that her mum claimed she had.

At first, the mum pleaded not guilty, but in 2022, she agreed to a plea deal and pleaded guilty to charges of negligent child abuse causing death, and charitable fraud.

This February, she was sentenced to 16 years in prison. Her surviving child is now in her grandparents’ custody and has not reported any medical problems since.

Initially she pleaded not guilty, but in 2022, she agreed to a plea deal and pleaded guilty to charges of negligent child abuse causing death, and charitable fraud.

Kelly was sentenced to 16 years in prison back in February this year. Her surviving child is now in her grandparents’ custody and has not reported any medical problems since.

Saxon is a prolific writer with passion for the unusual. I believe the bizarre world is always exciting so keeping you up to date with such stories is my pleasure
Previous Alabama man out on bond for domestic violence charge allegedly pours boiling water down baby’s throat
Next US politician Mike Itkis releases his own s*x tape to win votes