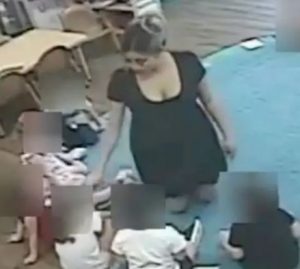 Two pre-school Georgia teachers have been arrested after they were caught on a live camera abusing students.

The footage obtained by WSBTV shows one teacher stepping on the fingers of a child and then bumping another student with her knee from behind.

Another teacher can be seen using her finger to push a student’s head back after getting in the child’s face.

Parents watching a live feed of the classroom witnessed the abuse.

Zeina Alostwani, 40, and Soriana Briceno, 19 were both arrested on cruelty to children charges by Roswell police.

The incident occurred in a three-year-old classroom at the Parker-Chase preschool in Roswell, according to WSBTV. Two parents watched it as it happened. 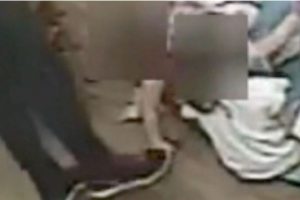 “I saw it but I was like no I didn’t see that,” parent Gloria Barghi told WSBTV.

She and parent Brant Duncan rushed to the school and demanded the teachers get away from the kids, WSBTV reported. The victims’ parents and police were contacted.

The parent of one of the victims, who did not want to be identified, also spoke out.

“It was a matter of seconds, and knew what we had seen was deliberate and my stomach was just in my throat at that point,” she told WSBTV.

Several other victims have come forward since the arrests and a larger investigation is underway.

A spokesperson for the Roswell police told WSBTV officers will go back several weeks to review footage to see if there are other instances of possible abuse.

Saxon is a prolific writer with passion for the unusual. I believe the bizarre world is always exciting so keeping you up to date with such stories is my pleasure
Previous Cow arrested for killing 12-year-old boy in South Sudan
Next Prostitutes is Zimbabwe now using bread packets as condom prices rise; also accept tomato, vegetables, bucket of maize or cups of dried beans as payment