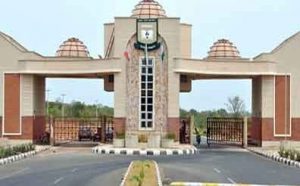 Two students of the Kwara State University (KWASU), Malete campus, Nigeria, identified as Tobiloba Daniel and Arewa Abayomi, have been found dead in a hostel room.

The 200-level students were found dead in Daniel’s hostel room outside the campus.

“We suspect they were lovers and became concerned when they were not seen during an examination and for three days.

“It was when some of their friends got to their hostel room outside the school that they found them dead and naked. We suspect it’s a case of poisoning.”

While spokesperson of KWASU, Hajia Saeedat Aliyu, said there was no official communication on the matter,  police spokesman in the state, SP Ajayi Okasanmi, confirmed the incident.

“The information is that the two of them were found dead inside their room and the police were alerted.

“Our officers pulled down the door and they were taken to the University of Ilorin Teaching Hospital (UITH) for autopsy. Investigation into the matter is ongoing.”

Saxon is a prolific writer with passion for the unusual. I believe the bizarre world is always exciting so keeping you up to date with such stories is my pleasure
Previous Little boy’s hands tied after being accused of being a wizard and turning ‘from a rat to a human being’ in Port Harcourt (video)
Next Sleeping naked improves male fertility – Nigerian doctor says