Home / Africa / Woman narrates how her boyfriend poured acid on her face, destroying her eyesight

Woman narrates how her boyfriend poured acid on her face, destroying her eyesight 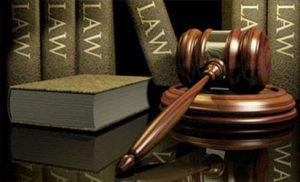 A court in Mombasa, Kenya has heard how a 24-year-old woman was attacked with acid after she shared her intention to end her seven-month relationship with her boyfriend.

Fatuma Kaingu who appeared before Mombasa senior principal magistrate Vincent Adet to testify against Mohammed Kombe, disclosed that she lost her eyesight after being attacked with acid by Kombe whom she told of her intention to end their relationship.

“I had a boyfriend who called me and told me to take his keys back after l informed him of ending our relationship. it angered him and on an alleged day l took the keys to him and we met at the gate he enquired about his keys. l then stretched my hand to hand over the keys to him, he had a bottle which had some liquid he poured the content on my face it felt so corrosive l screamed and he ran away.”

A teary Kaingu went on to inform the court that she was rescued by a man named Omondi who washed her face with water since she was unable to see, escorted her to her employers’ house in Tudor who performed first aid on her, removed her clothes before rushing her to Tudor clinic.

“The doctors said he could not handle my case,l was referred to coast general hospital and then to Aga khan where surgery was done,l lost my sight after the incident.”

Kombe has since denied charges of unlawfully causing grievous harm to Kaingu. The hearing continues.

Saxon is a prolific writer with passion for the unusual. I believe the bizarre world is always exciting so keeping you up to date with such stories is my pleasure
Previous School defends trans teacher with big distracting fake breasts, says she ‘can’t be criticised’
Next Nigerian Professor arrested after allegedly ordering the assault of her female police orderly (video)