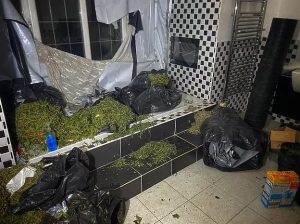 Ex Arsenal and Liverpool winger, Jermaine Pennant’s £3million abandoned home has been taken over by a drugs gang and turned into a lucrative cannabis factory.

The five-bedroom luxury house was bought by Pennant in 2006 when he joined Liverpool and he lived there for three years before moving to Spanish side Real Zaragoza. He rented the home for almost 10 years as his footballing career saw him move several times including stints in India and Singapore before he finally retired in 2017.

Police raided the house earlier this year and a 35-year-old man was arrested as part of a drugs investigation but there is no suggestion Jermaine had any idea his house was being used for criminal activity. 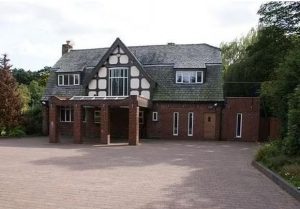 The mansion has remained empty since 2020 after Pennant, 39, split from his then partner Alice Goodwin, 32, and local dealers are suspected of moving in and turning the property into a cannabis farm.

The gang installed dozens of electric sockets and extension cables to power powerful lamps to encourage the growth of the plants and scattered fans throughout the house to disperse the potent aroma.

Land Registry and documents confirmed that Pennant bought the property in March 2007 with a mortgage from Lloyds Bank. 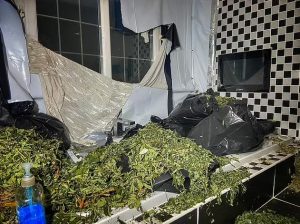 A source said: ‘Jermaine bought the house back years ago when he played for Liverpool and he lived there for about three years before he moved onto Spain where he spent a bit of time before moving back to Britain.

‘Towards the end of his career he played all over England and then ended up in India and Singapore before retiring about five years ago but in all that time he never went back to the house. 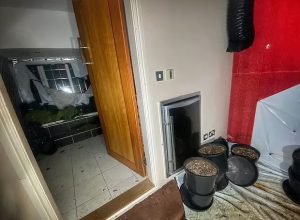 ‘It was rented out for years and then around 2020 the tenants moved out and it’s been empty ever since – some dealers moved in about a year ago and it was common knowledge it was used as a cannabis farm.’

Saxon is a prolific writer with passion for the unusual. I believe the bizarre world is always exciting so keeping you up to date with such stories is my pleasure
Previous Man sues former NFL star Antonio Brown for allegedly selling him a fake Richard Mille watch for $160,000
Next Palestinian gay man is found beheaded after ‘he was abducted and taken to West Bank while seeking asylum in Israel’