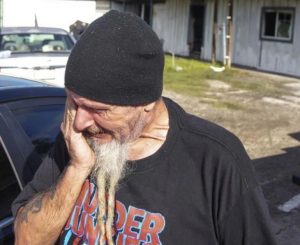 Tragedy stuck in Houston after a man evicted from an apartment set fire to the building to lure tenants from their homes then shot five of them as they fled the blaze, killing three.

The attack happened at about 1 a.m. Sunday, August 28, in a neighborhood in southwest Houston.

Police and fire crews responded to the apartment house after reports of a fire, police Chief Troy Finner said.

The gunman opened fire, possibly with a shotgun, on the other tenants as they emerged from the house, Finner said.

Two were dead at the scene, and one died at a hospital. 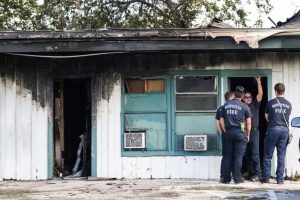 Fire teams rescued two other wounded men and they were hospitalized with non-life-threatening injuries.

Michael James told Houston TV station KPRC that he was returning home from work when he was shot in the back. 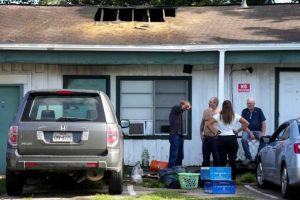 James said: “I saw the house was on fire, and I saw flames, so I called 911. I didn’t get through, so I turned my back and headed back out the driveway. And all of a sudden, boom.”

The man opened fire as the firefighters battled the fire, forcing them to take cover until police officers spotted the gunman and fatally shot him, Finner said. 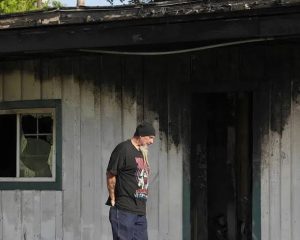 Finner said no firefighters or officers were wounded.

Finner said: “I’ve seen things I have not seen before in 32 years, and it has happened time and time again. We just ask that the community come together.”

Saxon is a prolific writer with passion for the unusual. I believe the bizarre world is always exciting so keeping you up to date with such stories is my pleasure
Previous Watch! Snake Climbs On Top Of Woman Resting In Field (Video)
Next Madagascar police shoot dead 14 people as they open fire on crowd trying to break into station to kill four men accused of kidnapping albino child