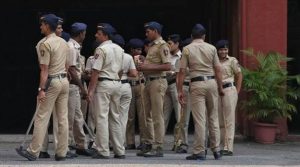 Following suspected mass suicide of nine members of one family in the district’s Mhaisal town Monday, police in Maharashtra’s Sangli have arrested 13 people, including moneylenders, for allegedly abetting the said suicide of the family members.

Officials said that the arrested men are among the 25 people who were booked Monday night for harassing the family about the repayment of loans it had taken, reports Indian Express.

Police disclosed that they have also invoked the Sc Ajay Sindkar, Police Inspector, Local Crime Branch, said, “The Vhanmore brothers and a few other members of the family had borrowed money on interest from the accused moneylenders.

Although they were regularly paying the interest amount, the lenders and other accused persons were repeatedly and publicly harassing them—mentally and physically. The deceased persons ended their lives after the harassment became unbearable.”heduled Caste and Scheduled Tribe (Prevention of Atrocities) Act, against the accused.

“We have sent out teams to Sangli, Kolhapur, Solapur, and Karnataka to trace and arrest the remaining 12 accused,” said Sindkar.

Indian Express reported that on Monday afternoon, two brothers Manik Vhanmore (49) and Popat Vhanmore (52), their wives, children, and mother were found dead in separate houses. Police officials found a note from one of the houses which pointed out that the family members took the extreme step because of debt. Manik, a veterinarian, and Popat, who was a teacher, lived a kilometre apart.

The deaths were discovered after neighbours of the two families and employees at Manik’s clinic came to their houses after the doors of their house were not opened since the morning and Manik did not go to the clinic.

Vanko is a cheerful writer whose enthusiasm for unusual stories is inspiring.
Previous Boyfriend ‘Strips Girlfriend Nak3d’, Flogs Her In The Presence Of His Friends For Cheating On Him (Viral video)
Next Boy, 5, dies in hot car after being left for 3 hours as mum prepared for party