Police in Hollywood have arrested a 14-year-old accused of sexually assaulting a woman. on Friday, June 10.

“On June 13th, 2022, just before midnight, detectives with the Hollywood Police Department and SWAT Team members served an arrest warrant in the 700 block of S. Park Road for a sexual assault that occurred on June 10th 2022.” 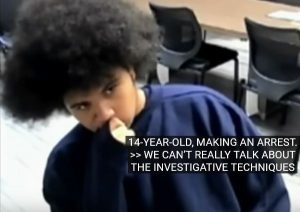 The 14-year-old suspect was taken into custody without incident.

CBS News reports that no additional information was made available.

Saxon is a prolific writer with passion for the unusual. I believe the bizarre world is always exciting so keeping you up to date with such stories is my pleasure
Previous Woman rushed to hospital after she was hit by Scots police car responding to 999 call
Next Pandemonium as airport workers refuse to release passengers’ luggage to them in protest over unpaid salary (video)