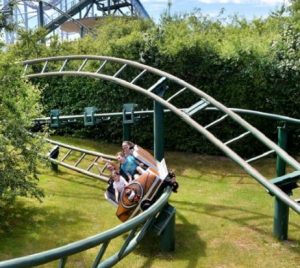 Tragedy struck at Klotti wildlife and leisure park in Klotten, Germany after a woman plunged 26 feet from a moving rollercoaster when she “slipped from her seat”.

The 57-year-old woman, who has not yet been identified, was at the park in Klotten, Germany, when the tragedy happened at around 4.30pm on Saturday, August 6.

Authorities are still working on exactly what happened but the Koblenz public prosecutor’s office said on Monday afternoon, August 8, that the woman “slipped from her seat before she fell off from a height of about eight meters.”

The office said she had died at the scene.

Officials are working on the cause of death to find out if it “was the result of the fault of a third party”.

“The investigation is still ongoing,” said a police spokesman.

Saxon is a prolific writer with passion for the unusual. I believe the bizarre world is always exciting so keeping you up to date with such stories is my pleasure
Previous Man Opens Window To Feed Tiger, What Happens Next Is Stunning
Next Man collapses after discovering that his wife is his ‘Landlord’