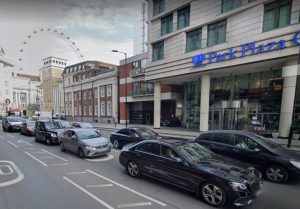 A 40-year-old woman has fallen to her death from a popular tourist hotel in central London.

Cops say the woman died at the scene after the incident last night, July 13, on Addington Street.

She had been reported missing from the Barnet area at around 10.30pm.

A Met spokesperson said: “Police were called at 23:31hrs on Wednesday, 13 July to concerns for the welfare of a woman at a hotel in Addington Street, SE1.

“Officers attended along with the London Ambulance Service and the woman, aged in her 40s, was seen to fall from a window. She died at the scene.

“Her next of kin have been informed and are being supported by officers. The death is not being treated as suspicious.

“The woman had previously been reported missing from the Barnet area at approximately 22:30hrs. The Met’s Directorate of Professional Standards has been informed.”

Saxon is a prolific writer with passion for the unusual. I believe the bizarre world is always exciting so keeping you up to date with such stories is my pleasure
Previous Man jailed 3 months for biting off another man’s pinky finger
Next Video shows massive group of migrants crossing into US