Home / Europe / Depraved dad, 56, is jailed for 9 months after filming himself having sex with his dog and sending the video on Facebook Messenger

Depraved dad, 56, is jailed for 9 months after filming himself having sex with his dog and sending the video on Facebook Messenger 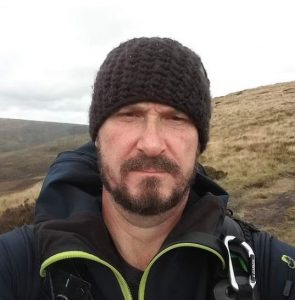 A father has landed in jail where he will spend nine months after having sex with his pet dog uploading on social media.

Dean Beer, 56, recorded himself sexually abusing his pet before sending it to another person via Facebook Messenger.

The disturbing footage was uncovered when the police went to his home after receiving information from the National Crime Agency about the uploading of an indecent image.

He was described as having an “unhealthy and depraved interest in bestiality.”

Beer pleaded guilty to possession of indecent images of children; possession of an extreme pornographic image; intercourse with an animal; and publishing an obscene article.

Andrew Molloy, defending said Beer, who has no previous convictions, has now lost his good character.

He said the defendant no longer has the dog and urged Judge David Fletcher to suspend the sentence.

But the judge said only an immediate jail sentence was appropriate and sentenced Beer to nine months in jail.

Beer was also made the subject of a Sexual Harm Prevention Order (SHPO) and was placed on the sex offenders’ register for the same period.

The judge ordered the forfeiture and destruction of the phone.

Saxon is a prolific writer with passion for the unusual. I believe the bizarre world is always exciting so keeping you up to date with such stories is my pleasure
Previous Woman confesses to hiring hitman who killed her husband, claims he physically abused her and had illicit affairs with other women
Next Boy dies after getting stuck between dryer and washing machine