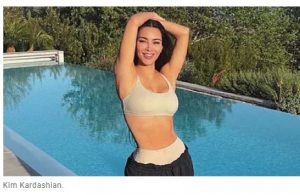 Reality show star, Kim Kardashian has said that she’d ‘eat poop’ daily if it would make her look younger.

The 41-year-old mother of four said this in an interview with The New York Times which was published on Wednesday June 1.

“If you told me that I literally had to eat poop every single day and I would look younger, I might. I just might.” 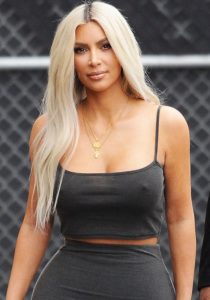 Naturally, it didn’t take long for the trolls to react to her comments via social media.

This has generated mixed reactions as some people feel it is a bit extreme for someone to get to just to look young and eventually get old, while some others see it as what a celebrity has to say to keep trending.

Saxon is a prolific writer with passion for the unusual. I believe the bizarre world is always exciting so keeping you up to date with such stories is my pleasure
Previous Angry Mother of Black Preschooler Demands Answers After Teacher Gives Son ‘Monkey Award’
Next Man’s pen!s almost bitten off as he crashes his car while girlfriend was performing oral sex on him