A 10-year-old autistic boy is currently afraid of going out to play after he was reportedly targeted by five older boys who forced him to ‘lick their shoes clean’.

The boy’s mum, April England, said her son Logan was approached by the teenagers while out with friends at Chestnut Park near their home in Wonford, Devon, UK after school last Monday, June 6.

She described how she had only just started letting him out again following an incident two weeks ago when he was pushed into a stream. 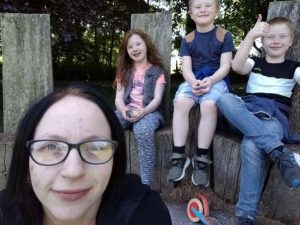 April, 30, said that although Logan ‘is quite intelligent, he is not good socially’ and finds it ‘extremely difficult’ to make friends.

‘Logan was told to lick their shoes clean. They said if he didn’t they would beat him up, starting with a kick in the face.

‘Obviously he did it because he didn’t want to get beaten up.

‘He had to do it to all the boys and then he managed to get away and ran back home. It was horrible when he told me what happened to him. Logan is now not wanting to go out far from home.’
She added: ‘The bullies would have noticed there is something slightly different about him as he’s not very socially switched on. I think they took advantage of that.’ 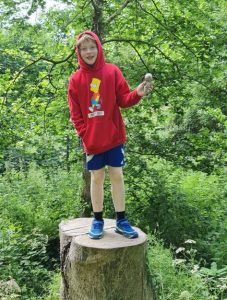 April said she hasn’t reported the incident to police because Logan’s autism won’t let him be able to describe or recognise who the bullies were.

She admitted: ‘I just don’t feel safe allowing the kids to have a bit of freedom with friends.

‘It would be just awful if they were beat up and would be so dangerous for my daughter to come to harm as she has a heart condition.

‘These teenagers need a curfew and there needs to be more police in the parks and CCTV.

‘Teens think and know they can get away with this. I am just so worried to let my children out in case anything happens to them.

Saxon is a prolific writer with passion for the unusual. I believe the bizarre world is always exciting so keeping you up to date with such stories is my pleasure
Previous Woman invades her ex-boyfriend’s compound with two of her friends by 4am to “reconciliation talk” but causes a scene that has sent her viral (video)
Next Incredible Moment Mother Bear Tumbles Off Cliff While Fighting Nearly 500-Pound Male Bear To Defend Cub (Viral Video)