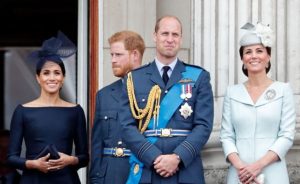 Prince Harry has claimed his brother Prince William grabbed him by the collar and knocked him to the floor in a brawl that resulted from a heated row over Meghan Markle.

In a leaked extract from his upcoming memoir Spare, the Duke of Sussex alleges a confrontation with his elder brother at his London home in 2019 which left him with cuts and scratches on his back

The now Prince of Wales is said to have arrived at Harry’s Nottingham Cottage home to talk about their relationship already “piping hot”, with their pair shouting over each other in the squabble.

Harry then dismissed his brother’s claims he was trying to help and went to the kitchen where he told him “Willy, I can’t speak to you when you’re like this”, the Guardian reports.

The Duke writes in the passage from the book: “He set down the water, called me another name, then came at me.

Harry says he was left with visible marks on his back after being pushed onto a dog bowl. 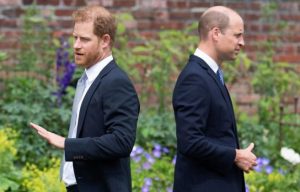 “It all happened so fast. So very fast. He grabbed me by the collar, ripping my necklace, and he knocked me to the floor. I landed on the dog’s bowl, which cracked under my back, the pieces cutting into me.

“I lay there for a moment, dazed, then got to my feet and told him to get out.”

The Prince of Wales reportedly asked his brother not to tell Meghan about the confrontation in the aftermath, resulting in Harry saying: “You mean that you attacked me?”, to which he responded: “I didn’t attack you, Harold.”

Harry said he did not immediately tell his wife about the incident but she had later noticed “scrapes and bruises” on his back.

During the argument William is said to have called Megan “difficult”, “rude” and “abrasive” – comments which the younger brother said parroted “the press narrative” about his wife.

Another revelation made in the book suggests King Charles joked on the day of Prince Harry’s birth at his joy of having an “heir and a spare”.

Millions around the world are waiting to get their hands on the duke’s book, due out on January 10.

The extraordinary claims come after Prince Harry was seen saying he wants his “father and brother back” in a trailer for a new ITV interview.

The 90-minute special with News at Ten presenter Tom Bradby will be broadcast on January 8, two days before Spare is published.

In a separate interview with CBS News, set to air the same day, Harry also criticises Buckingham Palace over an alleged failure to defend him and his wife, the Duchess of Sussex, before they stepped down as senior royals.

In a separate US interview with Anderson Cooper from CBS News’s 60 Minutes programme to be released the same day, Harry describes a “betrayal” by Buckingham Palace and claims there were “briefings and leakings and planting of stories against me and my wife.”

Saxon is a prolific writer with passion for the unusual. I believe the bizarre world is always exciting so keeping you up to date with such stories is my pleasure
Previous Popular herbalist dies in hotel allegedly after intercourse with pastor’s wife
Next Doctor shares five body parts you aren’t washing properly – and it can get terribly bad