This OnlyFans model made £300,000 in two years just by sharing her hairy armpits

Many people don’t get surprised again at what people do to genuinely make money. But this one is really weird. She makes a lot of money just by sharing her hairy armpits on social media.

This is actually costing her something too – she’s only had sex twice in five years. She actually stopped having sex after she stopped shaving her armpit.

The OnlyFans model so much loves her bushy bits and this is because of how much attention she receives because of them.

Fenella Fox is a model from Worcester, Midlands. She first became a cam girl in 2014 as she wanted to show men that they “can look but not touch”, before later joining the adult content platform. 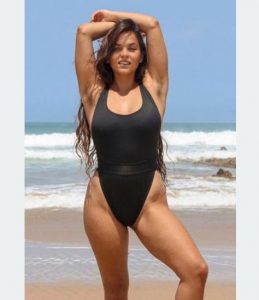 She said she has only had just two sexual encounters since 2017, same year she stopped shaving her armpits.

So the decision not to shave her armpit affects her dating life but she has no intentions of shaving any time soon.

“It’s frustrating how men don’t feel pressured to shave but women do,” the model, who has 160,000 followers on TikTok said.

“It’s a huge double standard that we should challenge more.

“Not shaving has been totally life-changing for me and I wish more women would embrace their natural hair without shame.

“I’ve had a lot of men tell me that I’m ‘disgusting, dirty, unhygienic, lazy’ and I’ve even had death threats.

“Some have said I’ll be ‘single forever’ and will ‘never get a man’.

“I feel happy with my hairy armpits. I don’t notice them so much anymore but they often do make me feel sexy and more womanly.

“I feel proud to raise my armpits in public, especially if I feel like I’m surrounded by close minded people.

“An arms-up dance in a nightclub full of clean shaven people always gives me a thrill.” 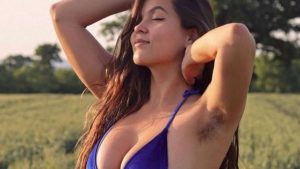 On the flip-side, because of her saucy job, Fenella says many men often want her as a “trophy” – however, one positive experience stands out.

She said: “I’ve had one make-out session since [shaving], where the guy kissed my armpit hair and commented that he loved my female empowerment.

“While this made me feel respected and appreciated, the experience was very unexpected.”

Fenella still struggles with dating and sex, but she is very comfortable being naked – which is much appreciated by her devoted fans.

She also says her parents are incredibly supportive of her OnlyFans career.

The model said: “I am very body confident thanks to my job so If I have the opportunity to be naked I’ll take it!

“I love being naked; attending nudist areas, nudist events or doing nude photo shoots. I think the world would be a better place if we were all more comfortable with our naked and natural selves.

“My parents and family have been very supportive during my whole career and I’m thankful for that.”

For Fenella, the decision to quit shaving her armpits first came about as a feminist “protest” against men’s expectations of her.

When she was younger, fellow classmates would grab her chest without consent and she was “heavily sexualised” in school due to her large breasts.,

She chose to have hairy armpits because this made her feel empowered and people responded to it – with over three million views on a YouTube video showing off her bushy bits.

But it’s like she is done with this lifestyle as she is has considered shaving.

(With report from Mirror UK)

Saxon is a prolific writer with passion for the unusual. I believe the bizarre world is always exciting so keeping you up to date with such stories is my pleasure
Previous Lady apprehended after her husband’s corpse was found in their bathroom three days after his death (video)
Next Watch video: Man falls off his seat while sleeping on local train