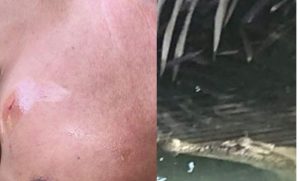 A brave Malaysian man has managed to cheat death after experiencing a vicious crocodile attacked him.

Bohri Jali, 54, was making repairs to his home next to a riverbank in Kampung Tabuan Melayu, Malaysia, at around 10am on June 4 when the incident occurred.

Bohri said he was not aware the crocodile was watching him before it launched the attack.

It managed to clamp onto him with a powerful bite but Bohri slapped it on the head and it released its jaws. 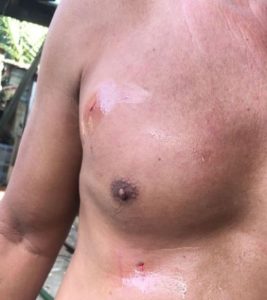 His daughter Zairina Bohri, 25, while discussing her father’s lucky escape with reporters, said she was alerted to that attack after hearing her mum, Shamsiah Narawi, screaming.

“My father was doing repairs to the exterior of the house prior to the attack,” she said.

Afterwards, Bohri was rushed to the nearest health clinic to have his injuries checked over as a precaution.

Bohri came away from the terrifying reptile attack with only some lacerations to his torso.

The dad-of-three is actually the second person to be attacked by a crocodile in the Malaysian state of Sarawak within a month. 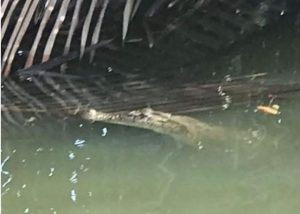 A seven-year-old boy went missing after an incident on May 21 in nearby Telaga Air.

Mohd Adammi Moktar was playing on a riverbank with his two sisters when a huge crocodile, estimated at around 6m long, grabbed him and dragged him into the water.

Saxon is a prolific writer with passion for the unusual. I believe the bizarre world is always exciting so keeping you up to date with such stories is my pleasure
Previous Journalist attacked by armed robbers fights back and overpowers one of them (video)
Next Child of newlyweds who were murdered in the woods is finally found after 40 years