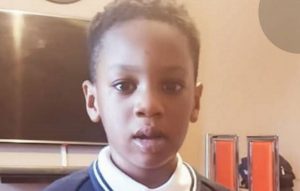 A mentally challenged woman has drowned her four-year-old son in the bath and told police he said: “Mummy don’t kill me” before she held him under the water.

When paramedics arrived the scenes they declared Kingswealth Bayode dead.

Oluwakemi Badare, 37, who suffers from paranoid schizophrenia, had denied murder but was deemed unfit to plead as she was unable to understand the charges.

Following a trial of issue at the Old Bailey, she was found responsible for his murder by the jury, reports MyLondon.

During the trial, prosecutor Duncan Atkinson QC said: “On December 27, 2020, the London Ambulance Service were called by this defendant to her address in Plumstead. She told the emergency operator that she had killed her son, and explained that she had drowned him. She also said that she had left him in the bath and forgotten about him.
When paramedics got to the house of the accused, Badare looked “quite upset” and was banging her arms, and told the paramedics that the bath had taken place at midnight. When police attended, they found her sitting “calmly” by the Christmas tree, but she was later noted to be “restless” and was putting her head in her hands.
She was arrested for murder at 8:27am to which she replied “Yes, I forgot him in the bath” before collapsing. Whilst she was initially fit to interview, she later became erratic in her prison cell and told officers: “My son was telling me, Mummy don’t kill me.”

Jurors were told: “Kingswealth had been drowned by someone, rather than by accident.”

Wales Online reports that the Old Bailey had also heard that Kingswealth had been removed from her care in 2017 after she confessed to holding him under the water. At the time of the incident, she was suffering from delusions and believed she was under surveillance. This drowning attempt had been recorded by child services and he did not return to her care until March 2018.

When Badare was arrested for his murder in 2020, she told a custody nurse that she had previously tried to kill her son. Mr Atkinson had said: “The prosecution suggest it is unlikely to be a coincidence that, when unwell, the defendant should try to drown her son in 2017 and yet again in 2020, again when she was unwell, he should actually drown by accident rather than by her act.”
He told jurors their job would be to decide whether she did the act with which she is charged – that she drowned her son deliberately or accidentally. Badare had not accepted that her son was dead and had been deemed unfit to plead upon a medical and psychiatric assessment. Detective Inspector Jason Crinnion of the Met’s Specialist Crime (Homicide) said: “This case is so sad, young Kingswealth Bayode lost his life at the hands of his mother, who is clearly very ill.

“Any investigation into the death of a child is harrowing for everyone involved, and that certainly includes the investigating team. My team have professionally gathered the evidence and presented the facts, so the jury have been able to make an informed decision, but we are all aware of how tragic this case is.” Sentencing will take place on July 20 when a hospital order will be imposed.
(Wales Online)

Saxon is a prolific writer with passion for the unusual. I believe the bizarre world is always exciting so keeping you up to date with such stories is my pleasure
Previous Native doctor shares video of him tying up pictures of a white woman and a white man for a ‘money ritual’ client (video)
Next Man jilted by lover commits suicide