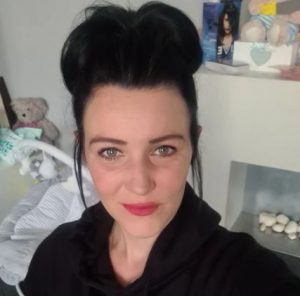 A single mum who felt irritated by the vile texts her son was sending a girl at school has forced him to make apologize to the girl for being a bully.

Samm Jane, 32, was upset after teachers called and said her 12-year-old son had been sending cruel messages to a fellow pupil.

The moment her son got home, she ordered him to unlock his phone and hand it over.

He also told the girl: “I never want to see your ugly face in school. Your ugly face and fat body offend me.”

When the girl replied, saying “Stop being horrible to me”, he sent voice notes back and said: “Urgh, you’re disgusting”.

Samm said she was “shaking with anger” after seeing the messages her son sent to the girl, reports Metro.

She added: “I was like ‘What are you playing at?'”

Sam from Nuneaton, Warwickshire, said: “I told him ‘She’s going to be looking in the mirror now and feeling so insecure’. I couldn’t let it go.” 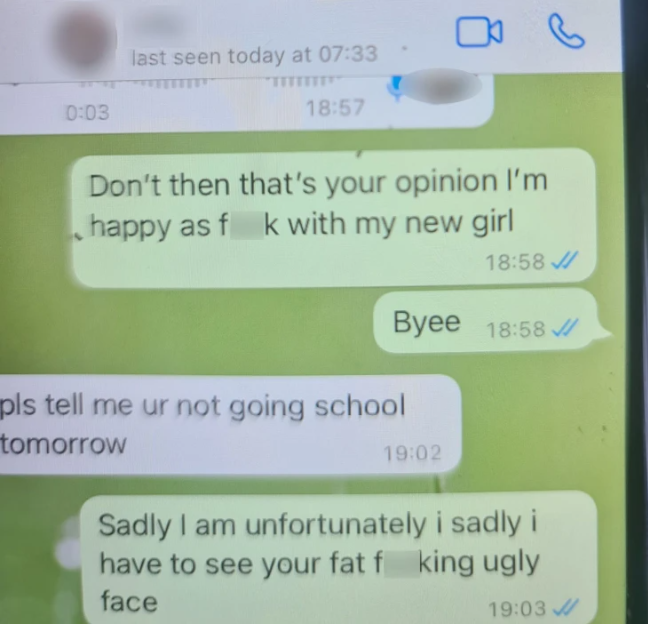 The school did not make the girl’s name available due to data protection rules, but Samm got on the phone, did some research and found out where she lived.

She then made her son spend £10 out of the £100 he’d been given for his birthday on flowers and chocolates to make amends.

What she did next impressed a lot of people. She marched her son to the girl’s front door and forced him to apologise to the girl and her parents.

They later commended Samm for being a “decent parent” and doing the right thing by coming to apologise.

Samm said she got a text from the girl’s mum to commend her.

Samm confiscated all of her son’s electronic devices for a week in the aftermath, and says he was so desperate to get his phone back he even tried offering her money.

The mum-of-five has insisted that her son, who turned 12 on June 9, will learn his lesson from the incident. 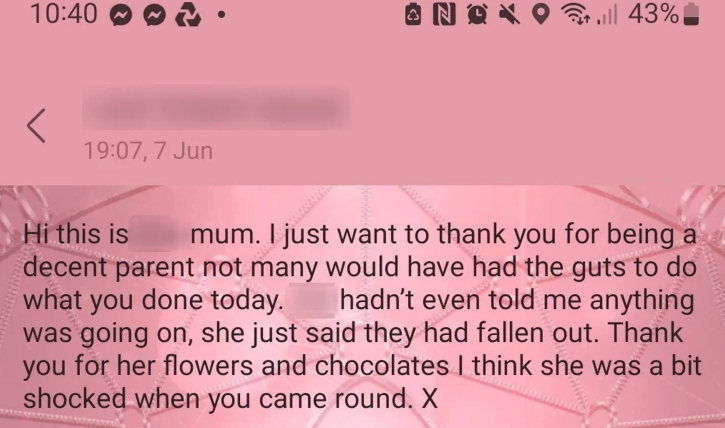 Samm said that as a single mother, raising a boy to be a man is “quite difficult” so she is ensuring she gives it her best.

She added: “But if there’s one thing I’ve always said, it’s ‘You f**king respect these women, you don’t disrespect them’.

“So even though he’s eleven years old and a kid, nothing he can say to me will justify what he said to this girl. Ever.”

Thousands of people have since commented and applauded Samm’s parenting.

Vanko is a cheerful writer whose enthusiasm for unusual stories is inspiring.
Previous Judge reverses decision to grant full custody of teen girl, 16, to her father after the girl’s mother said she got pregnant for the daughter after her dad rap3d her
Next Bear shot by a hunter mauls the hunter to death in ‘revenge attack’