Prince Harry falls off horse at the polo 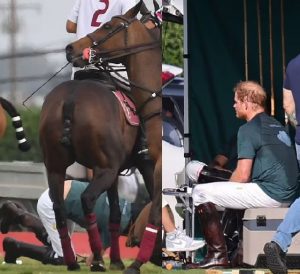 The Duke of Sussex, Prince Harry, fell off the back of a horse as he returned to the polo field after a flying visit to Britain for the Queen’s Platinum Jubilee.

The 37-year-old Prince was at the Santa Barbara Polo and Racquet Club on Sunday, June 12, when the incident happened.

The father of two to have come out unscathed and so was the horse. 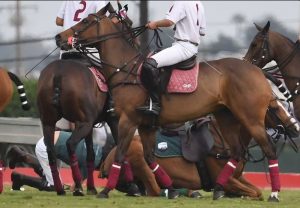 Harry was later seen hanging out with friends on the sidelines including American idol runner up Katharine McPhee, 38, her composer husband David Foster, 72, and their young son Rennie.

Harry was also seen with his arm around teammate Nacho Figueras’ wife Delfina and fist bumping others who came to support him, as friends said the Duke is “living his dream in the US”.

(With reports from Metro UK)

Saxon is a prolific writer with passion for the unusual. I believe the bizarre world is always exciting so keeping you up to date with such stories is my pleasure
Previous Fishermen stunned to find gigantic sex toy inside catfish they caught (Photos)
Next Popular Nigerian Comedienne falls off stage at an award show (video)